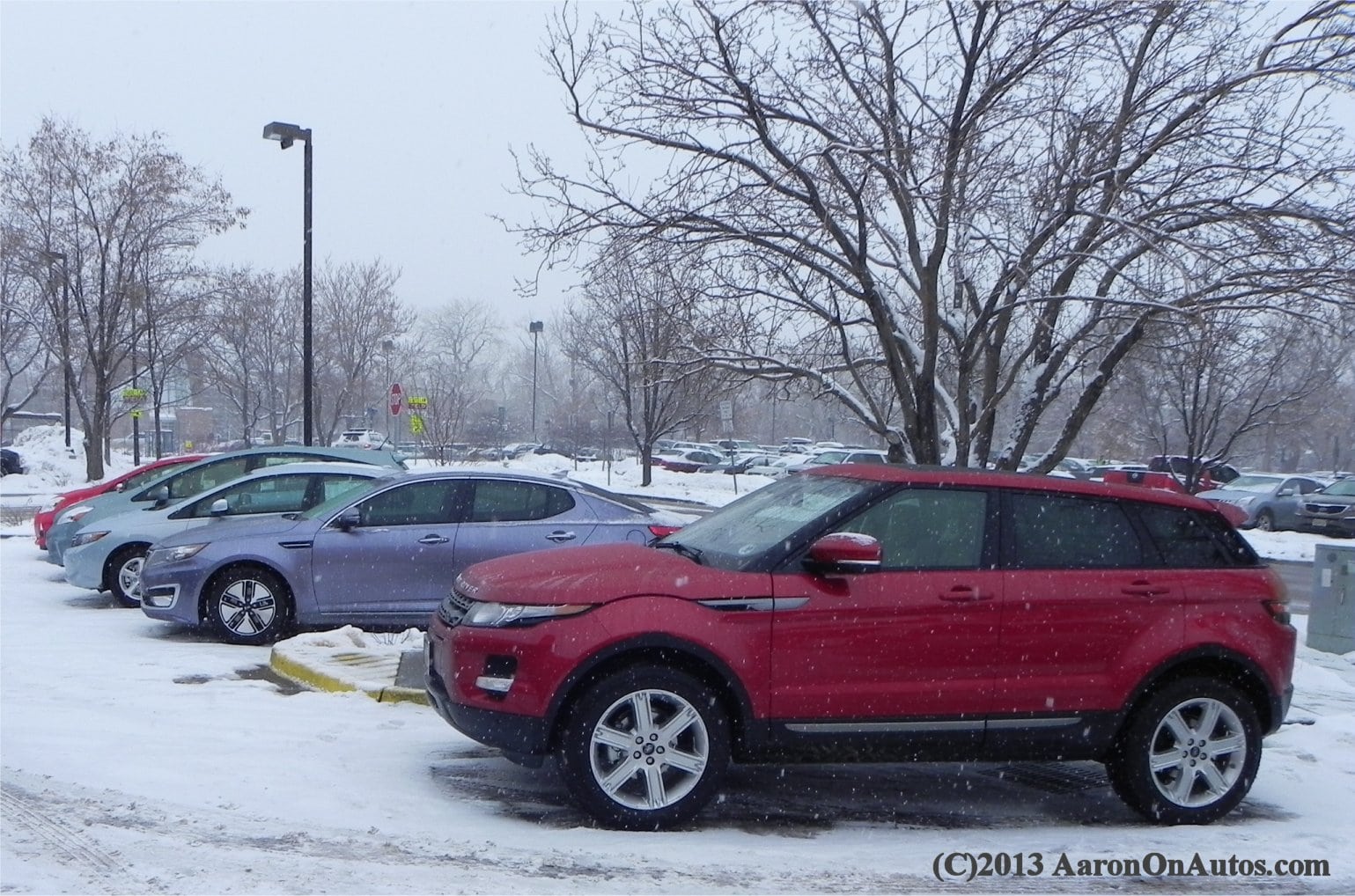 This Tuesday, February 26th, I attended a leg of the Colorado Automobile Dealer’s Association (CADA) annual Green Car Convoy to promote the Denver Auto Show and their Clear the Air Foundation, which promotes a greener Colorado by encouraging dealers and consumers to donate their old, polluting trade-ins to be recycled rather than re-sold.  So far, in just over a year of operations, the foundation has recycled 540 cars and counting.

The event kicked off at CADA headquarters in downtown Denver, Colorado.  I met up with Tim Jackson, CADA President, and the lovely Jill Palermo, who runs the Clear the Air Foundation.  With a few other CADA people on board, we climbed into their visually wrapped Honda Odyssey and Subaru Forester PZEV to begin making the rounds.

The first stop was up the street at the local Channel 9 News building, where the vehicles were parked for display and Jim did a quick interview on-camera for the morning show. 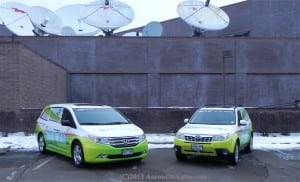 From there, we went to Longmont, Colorado as the snow began to fall.  Our next stop was at a local newspaper for more interviews.  This time, area dealerships arrived with some vehicles to display what types of green cars are available on the lot, right now.  These included a 2013 Ford C-MAX Hybrid, a 2013 Toyota Prius v, and a 2013 Toyota Camry Hybrid.  Several others were slated to show, but the weather had canceled their arrival.

After that interview, photo op, and meet-and-greet (where I met some great people who’d come to show their cars), we packed up and headed to the third leg of our trip in Boulder, Colorado.  That stop was at Alfalfa’s Market, a popular grocery store with a wine room, bakery, and coffee and bagel shop.  They feature an electric delivery van (Ford Transit Connect Electric) and an electric get-about car (a Nissan LEAF).  They have plug-in parking stalls, free for customer use, and a great atmosphere of eco-friendliness.

More dealerships showed with cars to display.  These included (in fore to rear order from the photo below) a 2013 Land Rover Evoque, a 2013 Kia Optima, a 2013 Honda Civic, another Prius v, and a 2013 Prius c.  Along with, again, more great people from area dealerships to showcase their cars. 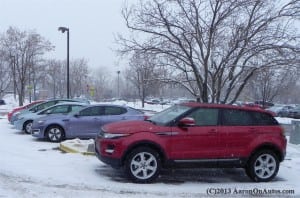 After that, we made our last quick trip to a small town outside of Boulder to a beautiful golf resort for a special meeting and luncheon with the area Rotary Club.  There were about thirty people in attendance, plus our entourage, most of whom are local business owners and movers-and-shakers.  Two Volt owners were in the audience, as was a LEAF driver and a three-time Prius owner.

Tim gave a great presentation explaining the various green transportation options for the consumer, both current and near-future, and often referred to me to answer questions about technical details on those vehicles and powertrains.  It was a great showcase of what is available for the car buyer looking to get more fuel efficient as well as a preview of the green technologies that will be on showcase at the upcoming 2013 Denver Auto Show (March 20-24). 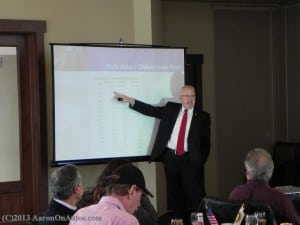 I had a great time and will very likely be attending another leg of this journey.  I’ll update with that and add to the gallery below when I do.

Aaron is an automotive journalist accredited by both the Rocky Mountain Automotive Press (RMAP) and the Midwest Automotive Media Association (MAMA). Aaron writes for outlets near and far as freelance. AaronOnAutos is a revolving portfolio of his work.
View all posts by Aaron Turpen →